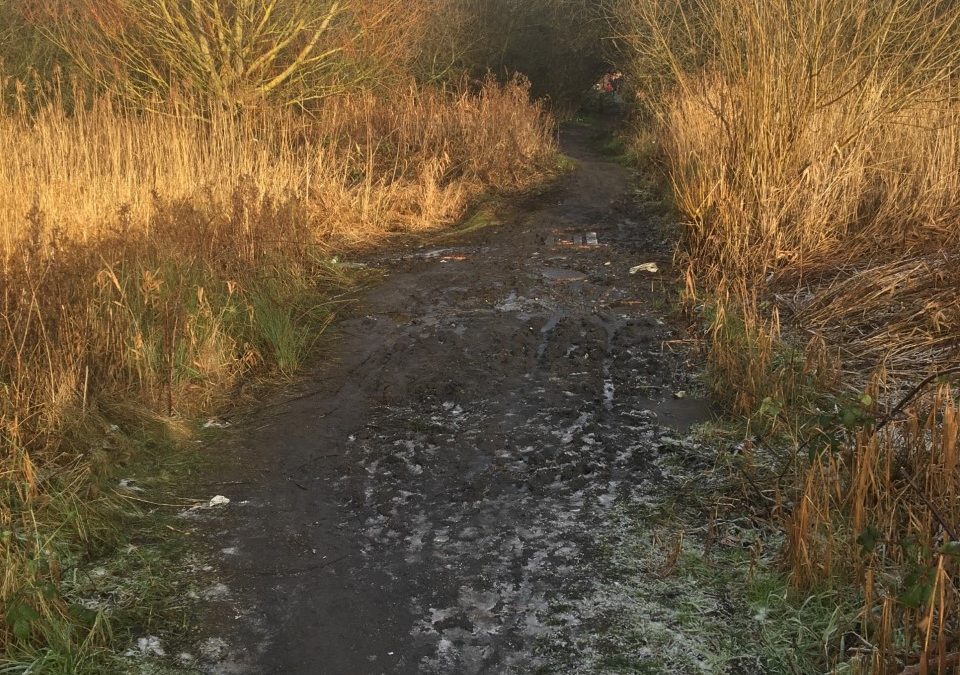 As many of you will know, the boarded walkway on the footpath next to the Pendle estate towards the main path was removed last summer, as the structure had become rotten in places.  We know that this has been sorely missed and, in the meantime, the route has become a bit of a sorry sight with trampled down sections of reeds… and planks, doors and other materials being laid along the path as people have tried to avoid the wet!

We have kept in touch with Green Sefton on this and we’re happy to report that the Council’s Highways Department will be carrying out works to reinstate this from next Monday 8th March onwards.  You may also be aware that the section of footpath under tree cover was often flooded, or very muddy throughout much of the year, so it’s great to hear that this is also being addressed.  In this area they plan to stone the footpath to make it passable in all weather.

Unfortunately, there has been some fly-tipping and general littering in this location.  We are working with Green Sefton to address this, but as we cannot organise formal litter picks for the time being, we will also chip away at some of the litter which has gathered here.  It would be brilliant if anyone else wished to do the same so that this part of Rimrose looks fantastic again when the work is complete.  If everyone collected and disposed of just a few cans or bottles, imagine the difference that would make!

It’s great to see this kind of maintenance happening again and we look forward to working with Green Sefton and the Council on other improvements and projects throughout the year.