The Statutory Consultation: Be Prepared! 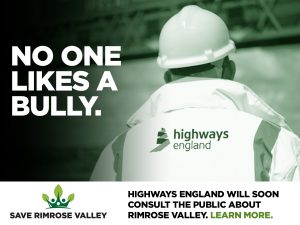 Highways England has previously told us that it intends to hold its statutory consultation in “spring/summer 2019”.

In theory, this could be announced at any time.

Assuming they’re on track and getting prepared, we need to be, too!

None of the details are known as this stage, but we’ve received some general advice from the Campaign for Better Transport about the kind of thing we can expect to see.

Click on the link below to read about what’s involved and what we need EVERYONE to do in response.

We’ll be sharing more information as soon as the consultation is announced – whenever that may be!

As a reminder, we share all of our most recent updates via our Facebook and Twitter accounts, as well as our Save Rimrose Valley website, but we don’t want to miss anyone who has subscribed as a friend, but isn’t on social media.

Here are some really simple things you can be doing to help support the campaign: