A small, but significant step in the right direction – We will continue to fight for better options for ALL residents of South Sefton 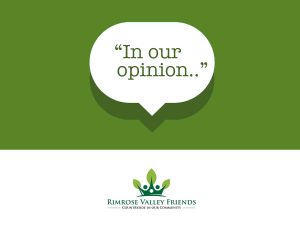 Further to the announcement on Friday, 16th February that Sefton Council’s application to apply for a Judicial Review has been granted, we wanted to take the opportunity to comment on this and to clarify where we currently stand, both as a campaign and as a charity.

Rimrose Valley Friends supports the decision to grant a Judicial Review into the manner in which Highways England conducted the consultation process for the Port of Liverpool Access Scheme.

We have always argued that Highways England simply did not take the interests of the residents of the area into account when planning how to increase HGV traffic to and from the Port of Liverpool.  It is clear to us that they started with the end in mind; namely to extend the motorway network through Rimrose Valley, straight to the docks.

We believe that Highways England’s consultation process was fundamentally flawed, presenting two, equally poor options to the public, neither of which gave any consideration to the health and wellbeing of the people who would be affected.  Nor to the loss of Green Belt land, giving rise to significant environmental and ecological impacts.  Furthermore, they ignored and contradicted the public views that came out of the consultation, confirming both our own and many other people’s belief that their decision was already made.

We are therefore pleased that the courts have seen this and are allowing a Judicial Review.  We hope that this leads to better solutions being put forward and that common sense prevails.

So, what exactly does it mean?  The significance of the decision should not be underestimated.  It is believed that we are the first place in the country to achieve this at this point in the process.  We sincerely hope that it goes a long way to helping our cause, but we must also have realistic expectations.  As we understand it, worst case scenario, nothing changes.  Best case, Highways England will be forced to re-run the consultation process.  We do not know how long this challenge will take, nor what the potential impact on the delivery times for the proposed road might be.

In terms of what this means for our campaign, the message is very much “more of the same” so you can expect to see more videos, more articles and more social media activity questioning the decision and demanding other alternatives.

The organisations we are working with have praised us on our approach so far and have said that both we and the public who are supporting us should not underestimate the impact our campaign will be having elsewhere, even though this may not always be easy to see.

As a reminder, we have a two pronged strategy.  One is to continue to focus on Rimrose Valley and the communities it serves, keeping us together and focussed on protecting our green space locally and promoting Rimrose Valley as a vital asset for the community’s health, wellbeing, community cohesion and inclusion.  The other is to send our message to the Westminster decision makers who have the power to halt this madness, with the goal of making them change their minds.

We would like to use this opportunity to address a few misconceptions around our campaign and to hopefully clarify things for everyone who is supporting us, and even those who aren’t.

Firstly, whilst we support calls for a tunnel to be included in the options presented to the public, we remain open to exploring and supporting ALL solutions to the problem created by allowing the Port of Liverpool to expand without a proper infrastructure having already been in place.

As you will no doubt be aware, a recurring suggestion is that of rail freight.  In an ideal world, a comprehensive rail solution would negate the need to build ANY new road.  We do raise rail freight when we are questioned on our view of the proposed road and its alternatives.  However, we cannot always set the agenda and if the media feel that the story is about the lack of a tunnel option, then this is what is reported.  That said, we intend to move rail freight higher up the agenda, but not at the expense of opposing the road, which is where the majority of our efforts must be spent.

This is because, unfortunately, Highways England has been tasked by the UK Government to deliver a road solution for the Port of Liverpool.  Building roads is their business, so we cannot pursue the option of rail freight with them.  Our options to oppose their plans for a surface road through Rimrose Valley are therefore limited.  Having looked at other projects Highways England are working on across the country and worked closely with the Campaign for Better Transport and the Campaign to Protect Rural England, amongst others, the option of a tunnel is therefore an obvious avenue to pursue.  This, we feel, is even more justifiable when we compare other projects where tunnels have been, or are being delivered, such as the Thames Valley Crossing.  We hope that, in pointing out Highways England’s decision not to offer a tunnel to the people of South Sefton during their consultation process on the grounds of cost alone, we are drawing attention to their hypocrisy when dealing with other communities in other parts of the country.  In doing so, we hope that people are buying into this angle of our campaign.

The second misconception is that we are anti-progress.  This is hopefully easier for us to address.  We do not oppose the expansion of the Port of Liverpool, nor stand in the way of the economic benefits it says it will deliver to the region.  What we are saying is simply that progress cannot come at any cost.  In this case, the cost of the current plans would be a huge impact on the physical and mental health and wellbeing of the public and the loss of Green Belt land, giving rise to significant environmental and ecological impacts.  To us and many of the people who support us, this is quite simply unacceptable.

Thirdly, we hope that from all of our communications and media work so far, it is completely clear that we are not looking to shift the problem back on to the communities in and around the A5036.  We repeatedly state that neither solution presented during the consultation was acceptable.  Whilst our campaign is based on fighting for a road-free Rimrose Valley (we are Rimrose Valley Friends, after all!), we want Highways England, as well as central and local Government to come up with solutions that take into consideration EVERYONE in South Sefton.  Rimrose Valley is a vital green space which benefits everyone in the area, not just those living alongside it.  We believe it is South Sefton’s ‘green lung’.  Losing it to yet another road will have far reaching implications for the health of everyone in the area, for generations to come.

This leads us on to the fact that, clearly, as much as Friday’s announcement was a small step in the right direction for our campaign, it will have caused much upset and distress for those suffering the difficult living conditions alongside the A5036 today.  Far from rejoicing in this decision, we are acutely aware that for others, it is unwelcome.  This is why it is central to our campaign to demand that Highways England come up with intelligent, well thought out solutions for reducing the impact of the congestion created by the Port of Liverpool for everyone.

The Trustees and all the other volunteers who make up the Road Action Group running the Save Rimrose Valley campaign work tirelessly with commitment and dedication to this essential cause.  We’re motivated primarily to protect Rimrose Valley and the quality of the living environment for all of us in South Sefton and we’re also motivated by the positive support received regularly.  Thank you for you this!  It means so much during this testing time where we are fighting against powerful establishments with deep pockets and lots of professional resources at their disposal.

It also means a huge amount to us to see both Rimrose Valley communities and the A5036 Church Road/Dunningsbridge Road communities remaining positive and supportive of each other.  As has been said many time before, we believe that Highways England has taken a ‘divide and conquer’ strategy, by putting forward the two options they did.  We simply must not allow division and conflict to happen.  We must continue to stand together, to be there for each other and, above all, to show respect for the wide range of views we all hold on this matter.

We ask that we ALL say “NO WAY” to the destruction of the environment for ALL our residents and neighbours.

Together we’re at our most strong.

As always, thank you for your support.